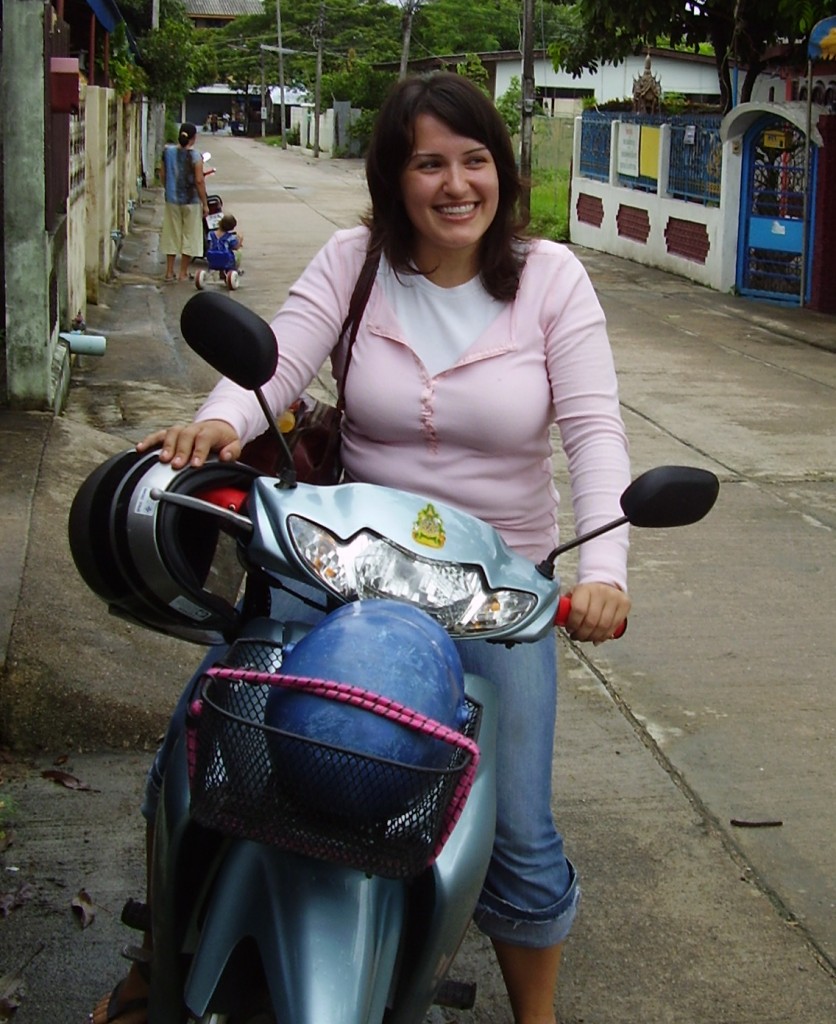 In the heart of the border region between Thailand and Burma is FNIS alumna Laura McLennan. Laura has been living and working with Indigenous groups in those areas for several years. Focusing on providing education in these communities, Laura has been able to put her FNIS skills and knowledge to work.

Laura is Métis from British Columbia and is a 2008 FNIS graduate, who later went onto complete her Bachelor’s of Education and is currently finishing her Master’s degree in Adult Education through the Adult Learning and Global Change Program at UBC. While in FNIS, Laura completed her Research Practicum placement with the Aboriginal Mother Centre Society. Dr. Linc Kesler was a large influence on the lessons she learned that later proved invaluable in the field. One of those important skills was about building trust and relationships, something she practices while working with communities in the region.

It was a program offered by the University of Victoria’s Centre for Asia-Pacific Initiatives that brought her to Thailand for a 6-month placement. Not ready to go home after that ended, she was hired by her host organization to continue her work. During her time in Thailand, she has worked for a human rights organization in Bangkok to deliver their programming and has taught a small international school. She has also worked at the Mae Tao Clinic and has volunteered her time on the border to teach about the UN Declaration on the Rights of Indigenous Peoples, as most people in the region are Indigenous refugees.

Laura has observed challenges between government and societal understandings of who is accepted as being “Indigenous,” as the Burmese government has promoted the idea that certain groups are not Indigenous. Laura has had to negotiate these ideas with students, requiring her to develop a way to transfer her critical understandings of colonization. She is also working to break down false stereotypes about Indigenous peoples and is faced with the daily challenge of helping individuals un-learn misconceptions they have been taught their entire lives. Through these challenges, Laura persists and finds new ways for learning and building relationships.

Her time in Thailand and Burma has been enriching from an Indigenous Studies standpoint. Laura has observed parallels between the Burmese government’s ceasefire negotiations and the land claims negotiations in Canada. She has witnessed land rights issues and negotiations that have played out in favour of international corporations and the government, which has resulted in the selling of Indigenous lands to logging companies without proper negotiation or compensation to the local Indigenous groups. Laura has been able to transfer what she has learned in FNIS to the global context to better understand the complex relationships and politics of the region.

Although Laura is far away, she has not forgotten her FNIS roots. She has one piece of advice for current and graduating FNIS students and that is to do something that takes you out of your comfort zone. For Laura, the move to Bangkok definitely took her out of her comfort zone, but she describes it as something that was and remains a transformative experience.