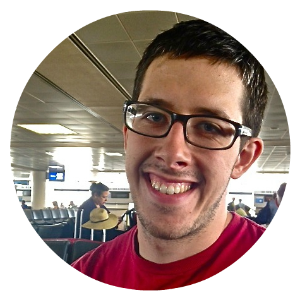 I hadn’t expected to go into First Nations Studies or even known UBC had a program when I first visited the school. People in my family had suggested I look into the program and when I had a few open credits in my second year it just worked out. I took Prof. Coulthard’s FNSP 200 course, which was the introductory course at the time, and found myself thoroughly enjoying the subject and soaking up everything. Before registering for third year I visited an academic advisor who helped design a couple pathways so I could approach FNSP as a major or minor. In the end I chose to major.

I benefitted from the program in two significant ways. First, through traditional coursework and learning. FNSP courses involve a great deal of social and racial theory, which influenced my personal perspective and often found a way into my coursework in other classes. I applied these theories to other (non-FNSP) courses and was able glean more from them and contribute a new perspective to the discussion by doing so. Additionally, I had to look for credits outside FNSP to qualify as a major, which led me to take courses I may not have taken otherwise. I took courses in the history department, women’s studies, and others.

The other way I benefitted from the program is professionally. The work experience I received from the practicum led me to get a job offer from my practicum organization before I had even graduated. That alone made me feel quite lucky and I know I am not the only student to have this experience. During my final year I worked in the FNSP office too as a student project assistant, which was another great opportunity. I met and became quite close with the FNSP staff, got to work with the faculty, and received work experience that wound up being helpful after I graduated.

The best aspects of the program for me were the outside the classroom opportunities. Many undergrad programs at UBC have an exciting roster of classes with a strong faculty and in that respect FNSP is no exception; however, I believe that FNSP’s strengths lie in what goes on outside the classroom. The practicum is graduate-level experience that provides you with the opportunity to see where your degree can take you and take part in important community work. My time working in the FNSP office remains the highlight of my final year at UBC. Finally, UBC is fortunate to be in place surrounded by First Nations’ history and culture that allows you to actively participate in events that are important to the community whether it be a rally, exhibit opening, powwow, or something else entirely. FNSP encourages that involvement and realizes its place as a piece of that community.

Yes, the program has certainly influenced my career path. After graduation I began working with Dakota Wicohan as oral history coordinator, which meant my job was to implement the suggestions I had made for their oral history project as practicum student. I moved to the Twin Cities after signing my second contract with Dakota Wicohan and started taking the project around the state. Last winter my grant ended and I started working with the Minnesota Indian Women's Resource Center in Minneapolis. Both my post-grad jobs have been at native-run non-profit organizations and while the system can be frustrating and inefficient at times the work is important to the community and has been an enlightening experience. After two-plus years away from school I am ready to return. In August 2014 I begin law school at Arizona State University, a school I picked for, among other reasons, their Indian Legal Program.

I believe that First Nations Studies Program is a good fit for a diverse set of students. The program offers intimate class sizes, hands on 300 and 400-level courses, and interdisciplinary learning. I would say the practicum is reason enough to take on the major because it offers an experience hard to duplicate at the undergrad level. Ultimately, I signed up for FNSP as a native person with the hopes of learning more about my peoples’ status, hopes, and history. My experience led me to explore a field I had not considered when first enrolling at UBC. That said, I think FNSP is an excellent program for native and non-native students and there are many fields to apply what you learn.