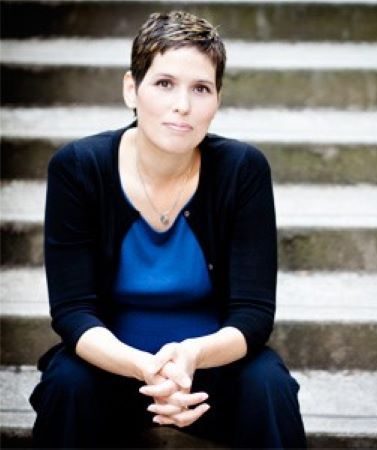 Candis Callison is an Associate Professor in the Graduate School of Journalism and in the Institute for Critical Indigenous Studies. Her research and teaching are focused on changes to media practices and platforms, journalism ethics, the role of social movements in public discourse, and understanding how issues related to science and technology become meaningful for diverse publics.

Candis is the co-author of Reckoning: Journalism’s Limits and Possibilities (Oxford University Press, 2020), which draws on five years of research with journalists in the U.S. and Canada at a variety of news organizations including startups, legacy media, and freelancers. Candis’ first book, How Climate Change Comes to Matter: The Communal Life of Facts (Duke University Press, 2014) used ethnographic methods and a comparative lens to bring together the work of science journalists, scientists, and three distinct social groups that are outside environmental movement and policy frameworks in an American context.

In 2019, Candis was inducted into The American Academy of Arts and Sciences, and she was the guest speaker at MIT’s 2018 Investiture of Doctoral Hoods. Candis was on leave from UBC during the last academic year (2018-19) and at Princeton University where she was the Pathy Distinguished Visitor in Canadian Studies. While at Princeton, she co-convened the International Symposium on Climate Change and Indigenous Communities.

Candis is Tahltan, an Indigenous people located in Northwestern British Columbia. She is a regular contributor on the podcast, Media Indigena. She was also named to Open Canada’s 2018 list of Indigenous Twitterati. Candis is a member of the Advisory Circle for The Indigenous Screen Office.

An alumni of Massachusetts Institute of Technology, Candis holds a Ph.D. in History, Anthropology, and Science, Technology, and Society, and a Master of Science in Comparative Media Studies. She was a Pierre Elliot Trudeau Foundation Fellow in 2019. Candis also sits on the board of The Narwhal.

Prior to her academic work, Candis produced, wrote, and reported for television, the Internet, and radio in Canada (CBC, CTV) and the United States (Lycos, Tech TV). Candis was the original host and co-creator of First Story, the first news and current affairs series on Indigenous issues to be broadcast nationally in Canada on CTV; it was later syndicated to APTN. For her early concurrent work in media convergence, Candis was profiled in the 2003 book, Technology with Curves: Women Reshaping the Digital Landscape. Her independently produced film, Traditional Renaissance was included in UBC Museum of Anthropology’s 2003-04 exhibition on Tahltan culture, “Mehodihi: Our Great Ancestors Lived that Way.”

This year at UBC, Candis will teach Feminist and Postcolonial Critique and Journalism in a Digital Age (JRNL 400) with Mary Lynn Young. In previous years, Candis has taught Media Ethics and Leadership (JRNL 533), Science and Environment Journalism (JRNL 539P), Anthropology of Science and Technology (JRNL 520F/ANTH 495), and New Media and Society (JRNL 100). JRNL 100 is the J-school’s first undergraduate course taught as part of UBC Coordinated Arts Program’s Media Studies Stream and the Bachelor of Media Studies Program. Candis was the Chair of the Bachelor of Media Studies Program in 2017-18.

Candis is currently wrapping up a multi-year research project on Arctic Journalism that uses multiple research methods to examine changing professional norms, practices and standards for Canadian Arctic journalists working in an era of environmental change and global audiences. Since the project launched in 2014, research assistants have jointly conducted ethnographic research, completed a portion of their required Master of Journalism summer internships in the three northern Canadian territories, and provided live reporting and media analysis during the COP21 meetings in Paris.

Other ongoing longer term research projects include an investigation into how social networking technologies are being used by Indigenous individuals and communities in Canada for social engagement, self-representation, and governance (See interview on CBC Radio’s Spark), and the Social Media Advanced Research, Teaching and Training Lab (SMARTT Lab), an interdisciplinary lab at the J-school dedicated to understanding the interplay between social networks, the media and public discourse. The first project of the SMARTT Lab resulted in an analysis of the Twitter hashtag of the Idle No More movement in Canada.

Young and Callison, “When gender, colonialism and technology matter in a journalism startup,” Journalism, 2017

Callison, “Beyond COP21: Collaborating With Indigenous People To Understand Climate Change And The Arctic,” in Ecologising Museums, L’internationale (Funded by the European Commission), 2016

Callison and Hermida, “Dissent and Resonance: #Idlenomore as an emergent middle ground,” Canadian Journal of Communication, 2016

FNIS 220 001 (3) Representation and Indigenous Cultural Politics
Representation, identity, and cultural politics through Indigenous literature, film, and the visual arts; the relationship between these sites of cultural production and the self-determination struggles of Indigenous peoples. If you have any questions, feel free to email Dr. Candis Callison at candis.callison@ubc.ca