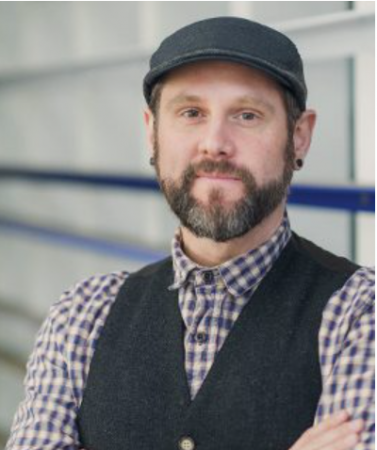 Coll Thrush (PhD, Washington, 2002) is a historian of place, looking at the intersections between Indigenous histories and the histories of settler colonialism. His first book, Native Seattle: Histories from the Crossing-Over Place (2007, second edition released in 2017), examined the links between urban and Indigenous histories in the Northwest’s largest city, while his most recent book, Indigenous London: Native Travellers at the Heart of Empire (2016), reframes the history of the British Empire’s capital through the experiences of Indigenous children, women, and men who journeyed there, willingly or otherwise. He has also written about ghosts, earthquakes and tsunamis, and food. His current projects are an archivally-grounded fictional work set during the Green River Killer case in the 1980s, entitled SlaughterTown, and a critical cultural and environmental history of shipwrecks and settler colonialism on the Northwest Coast, entitled Wrecked: Ecologies of Failure in the Graveyard of the Pacific. Most of his courses are FNIS-approved, and he also offers a field course in London through FNIS every third year. For more information about Coll, please visit the UBC History website.

“In Search of Indigenous London” Go Global Seminar with FNIS

First Nations and Indigenous Studies (FNIS) is excited to announce that their first ever Go Global Seminar titled “In Search of Indigenous London” is now accepting applications! Relevant information below:

Taught by Professor Coll Thrush, an FNIS associate and member of the UBC History Department, this course attempts to rethink the nature of the capital of the British Empire and the Commonwealth by framing it through the experiences of Indigenous children, women, and men who travelled there, willingly or otherwise, from territories that became Canada, the US, New Zealand, and Australia. By the end of the course, students will have disoriented and reoriented themselves through personal engagement, archival history, and site-specific research, bringing their experiences in London back to Vancouver to share with colleagues.