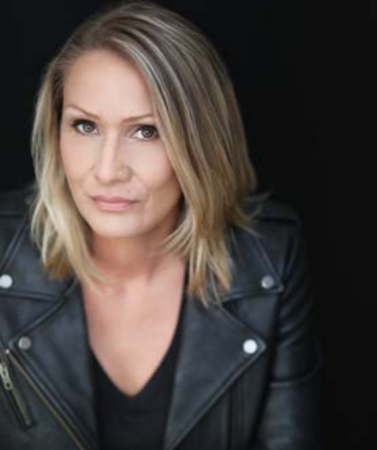 Born in Moose Factory Ontario, Jules was raised by her Cree speaking grandparents in Moosonee, and also with her mother in Ottawa, a warrior of the Canadian Residential school system. Jules is a band member of Attawapiskat First Nation, the ancestral lands of the MoshKeKo InNiNeWak. She currently resides in Vancouver where she is a PhD candidate with the Institute of Gender, Race, Sexuality, and Social Justice at the University of British Columbia, her research focus is Indigenous documentary. In 2010, she completed her masters at Ryerson University in Documentary Media where she was awarded the Award of Distinction for her thesis work, as well as the Graduate Ryerson Gold Medal for highest academic achievement. While in graduate school, she produced her first feature documentary film Remembering Inninimowin regarding her journey of remembering Cree. After graduation, Jules was one of six women selected for the Women in the Directors Chair program at the Banff Center, where she directed a scene from her feature script Broken Angel, which is currently in development. Jules’ television series AskiBOYZ (2016) co-produced with Big Soul Production is now being aired on Aboriginal Peoples Television Network.

Jules’ company VisJuelles Productions Inc. has a number of films and other media works in development. In 2017, she released her short documentary NiiSoTeWak and her second CBC short OshKiKiShiKaw: A New Day will be released in early 2019. In 2017, she released a short documentary Butterfly Monument about her relation, the late Shannen Koostachin with co-director/producer Rick Miller. Jules was the 2017 Aboriginal Storyteller in Residence with the Vancouver Public Library where she further developed her poetry. In the fall of 2018, Jules latest narrative film OChiSkwaCho (2019 MATRIX Award) premiered at ImagineNative Film Festival, and she is also in development with two (2) APTN television series Threshold with Jules Koostachin and SACRED.

In 2018, her first book of poetry Unearthing Secrets, Gathering Truths was published with Kegedonce Press, and she was also a selected filmmaker for the TIFF Filmmakers Lab. Jules is currently writing her first novel Moccasin Souls and is aiming to defend her PhD thesis in the spring of 2020. Jules is also the voice of Layla (Mom) on the new PBS Kids/CBC Kids (2019) animated series Molly of Denali. She carries extensive knowledge working in Indigenous community in several different capacities and these community experiences continue to feed her advocacy and her arts practice.

FNIS 401E 101 (3) Decolonizing Documentaries
Students will be introduced to the theirstory of Indigenous documentary theory and practice. An overview of the development of Indigenous documentary and its potential as an integral part of creative Indigenous protocols and practices will be explored through lectures, and the production of a short documentary. This course focuses on documentary as a form of resistance, strength and empowerment. Graduate students can email cis.program@ubc.ca if interested in joining the graduate section of the course.

FNIS 100 001 (3) Indigenous Foundations
FNIS 100 will introduce the social, historical, political, religious, and philosophical contexts that inform the experiences of many Indigenous peoples and communities in Canada and throughout North America, with attention to global Indigenous concerns. Emphasis will be on the ways Indigenous peoples have engaged with and challenged colonialism through cultural resurgence and revitalization, education, artistic production, self-government, and culturally responsive economic development, and will include guest speakers, films, and community engagement activities.