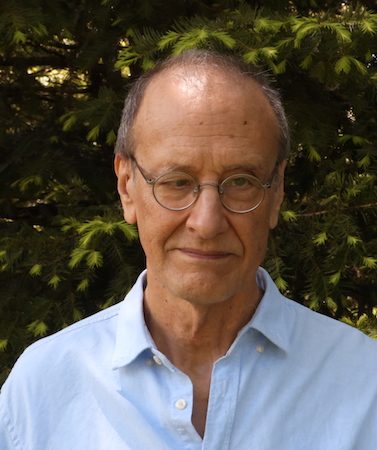 Linc Kesler received a BA from Yale University and an MA and PhD from University of Toronto. He came to UBC in 2003 as the first director of what was then the new First Nations Studies Program. After grad school and before coming to UBC he taught for a year in China and then worked for twenty years at Oregon State University, where he taught 16th and 17th century English literary studies, critical theory, and linguistics, and developed courses in American Indian literature, literature of American minorities, and Asian literature in translation. While in Oregon, he also worked with a coalition of tribal groups to establish an Indian Education Office, later replicated in three other offices for other traditionally under-represented minorities, and coordinated a group of colleagues and community groups to establish the state’s first Ethnic Studies department. In conjunction with a group of elders from the Confederated Tribes of the Klamath Indian Reservation, he also developed an oral history project which you can view here.

At UBC, he was the first director of what was then the First Nations Studies Program (FNSP), and worked with the first groups of FNSP students to establish the core curriculum and the FNSP 400 Practicum, and then with other colleagues to hire the first group of core faculty. In response to the need for basic curriculum, he also worked with a small team to establish the Indigenous Foundations website. With the arrival of President Stephen Toope, he also began working with a sequence of committees, students, and community organizations to form the 2009 UBC Aboriginal Strategic Plan. That year, while still serving as FNSP Chair, he became Director of the First Nations House of Learning (FNHL) and Senior Advisor to the President on Aboriginal Affairs, and in 2011 left his role at FNSP to concentrate on implementing the strategic plan full time. During the next few years, he worked on many initiatives, in student services, in establishing the Centre for Excellence in Indigenous Health, the Indigenous Research Support Initiative, coordinating UBC’s involvement with the TRC National Event in Vancouver, and, through a series of initiatives, the establishment of the Indian Residential School History and Dialogue Centre.

Linc’s research concentrates on the relationship of different regimes of communications technology to culture and cultural change in both early modern England and in the circumstances of contemporary Indigenous life. He’s also working now on establishing an oral history archive gathering recollections about Indian residential school experiences and Indigenous activism.

In 2018, he went on leave, returning in 2020, to FNIS and CIS. Throughout his career he has enjoyed working closely with Indigenous communities, and at UBC, especially with Musqueam. He has really learned a lot from those interactions. His Indigenous ancestry is Oglala Lakota from the Pine Ridge reservation in South Dakota.

FNIS 320 (3) Critical Indigenous Methodologies and Ethics
In this course, students will learn responsible and community-based research from a critical Indigenous perspective; methods for identifying and assessing research materials, critical analysis, oral history/qualitative research interviewing and analysis, and research ethics in the design and implementation of community-based student research projects. Credit will be granted for only one of FNIS 320 or FNSP 320. This course is not eligible for Credit/D/Fail grading.
Prerequisite: Either (a) FNIS 310 or (b) FNSP 310.
Instructor: Kesler, Linc
Term 2

FNIS 401C (3) Indigenous Oral History Interviewing: Theory, Method, and Practice
Due to cultural differences and western constructions of history, much of the history of Indigenous communities, organizations, and individuals, especially as understood by them, is not widely known. Oral history is one way of adding to public or community records when there is the desire to do so. This course will consider the theory, methods, and practice for interviewing, organizing, and activating records and the ethics and complexities involved in creating them. Under current circumstances, the uses of internet technology as an alternative method for interviewing will also be a focus.
Prerequisite: One of FNIS 100, FNSP 200, FNIS 210, FNSP 210, FNIS 220, FNSP 220 or instructor permission.
Instructor: Kesler, Linc
Term 2

For a full list of our FNIS course offerings and their instructors, please visit this page.

Linc has lead many FNIS Initiatives. These include: